Apple is revamping Maps from the ground up 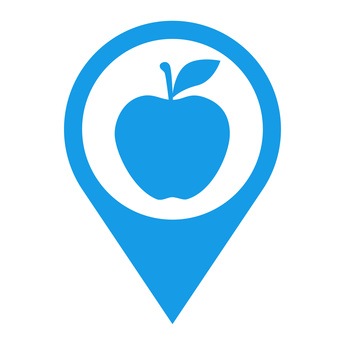 Apple is revamping Maps from the ground up

If you are new to the current developments in Apple, the tech giant had a rough launch of its Apple Maps feature, and the CEO apologized after the launch. Several holes needed patching together with improvements on transit directions, parking, business, and place data. Apple Maps was in development to offer a world-class service to its customers, at least before the slip-up. Just like any other organization that would need constant upgrading for its software and applications to make sure their customers are not facing difficulty and the business is not taking a hit, Apple has decided to get their whole in-house tech team on the upgrade of Apple Maps. Most companies hire a mobile app development agency to take care of such problems, but the name and brand that Apple is, might not need outside ‘intervention’ or expertise in this matter.

Improvements being done on Apple Maps

To rebuild Apple Maps, Apple is using first-party data that their iPhone gathers using a policy-first methodology. The tech company is also using its cars that have cameras and sensors to revamp its mapping platform. The updated version of Apple Maps will be launched with the next iOS 12 beta in a small test area, and by fall, it is going to cover more ground.

The tech company is conducting a full reset of its maps after four years of improving and using the data gathering systems. For each version of the iOS, the map tool will be updated, and there will be more features and improved responses to the changes in construction and roadways. The revamp of the awaited maps will feature more visually appealing aspects like pools, foliage, pedestrian paths, and more.

The takeaways from the disastrous launch of Apple Maps can be hard to put into words. This whole project has been a massive undertaking, it is intended to be distributed worldwide after all. But perhaps lessons can be learned from Apple’s rivals.

When Apple Maps’ biggest rival, Google Maps, was in development, the company acquired many geo-location companies and analytical data companies that processed data that would have been beneficial to Google Map users. This allowed them to create a functional product in good time. Google has also had a decade to iterate on their product, whereas Apple Maps had to be built in-house from the ground up to the same quality Google Maps offers today.

Perhaps that is where Apple’s weakness lies, their inability or unwillingness to acquire the expertise of IT companies and data processors in such a short space of time. Apple is far more knowledgable when it comes to creating phone products, whereas Google has thrived in computer apps, data, and analysis for many years.

Many companies, when adopting new technologies or fields of tech beyond their expertise, often turn to managed it services in Lincoln NE or other locations to assist them. This is a wise tactic for any company looking to expand or revitalize the technology they use or the products they provide.

The future of Apple Maps

After the first announcement about the Apple maps six years ago, the company invested millions of dollars in making changes, adding locations, updating, and changing the maps frequently. The company is looking to be self-reliant when it comes to navigation; the end of third-party-map providers being used on their platform may eventually come to pass.

Apple-Maps is being rebuilt from the ground up to offer its users an exceptional app that has customer scout listings and more while aligning the maps tool with the user privacy it keeps as a priority. Apple Inc made a huge bet years ago to start building from the ground up because the future of mobile has been growing and mapping is going to be central in nearly all aspects of phone usage.

One of Apple’s primary objectives is providing accuracy. This means that the map app will have to be updated faster; possibly in real-time for when there are new customer scout listings. The next challenge comes from the first renewed efforts of rebuilding the mapping tool where Apple Maps vans began cruising around cities. These vans have cameras and sensors and collect data everywhere they go. This has sparked debates and discussions around different towns regarding privacy.

The vehicles are more advanced, making them look like autonomous vehicles. The vans have a GPS rig on the roof, eight cameras that are shooting overlapping images, and four LiDAR arrays located in the four corners of the van. There is an additional measuring tool that is attached to the rear of the car to measure the distance precisely.

There is no bulky equipment at the back of the van, just a MacBook Pro that is bolted to the floor of the van to store data on SSD storage. There is also a USB cable that is connected to the iPad on the dashboard of the car where the mapping-capture software runs.

The van has a driver who ensures that the route is well taken care of. The driver ensures that the coverage area that the van is assigned to has been adequately covered, and the images have been captured well. Thousands of images are captured in each drive. The data is then encrypted, and once the SSDs are full, they are replaced and placed in a case. Once the storage devices are taken to the Apple-data-center, the software eliminates private information like license plates, faces, and other details.

Contact Customer Scout for business listings for your auto dealership